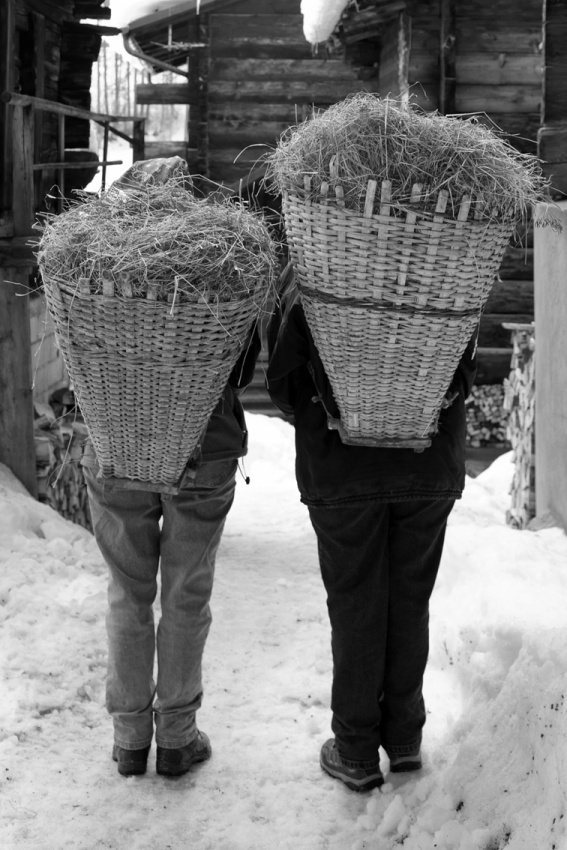 This portrait series was taken in the rural part of Switzerland – in Lötschental Valley. People and local character have been shaped by the superb natural surroundings and the history which was influenced primarily by the valley’s former isolation. Lötschental is widely known as a place with living traditions and rich cultural background. It seems, that this valley has a huge reservoir of the true originals, many of them rough and headstrong types. 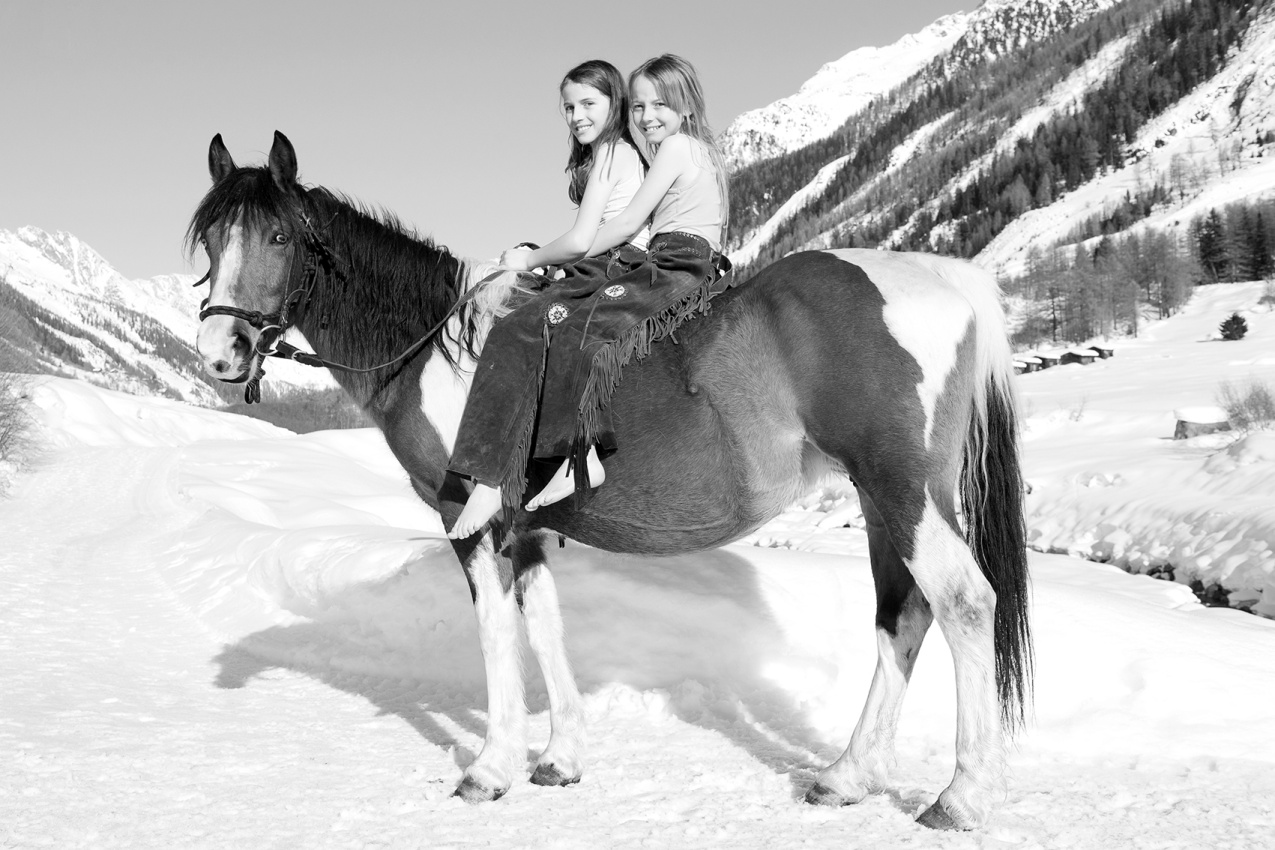 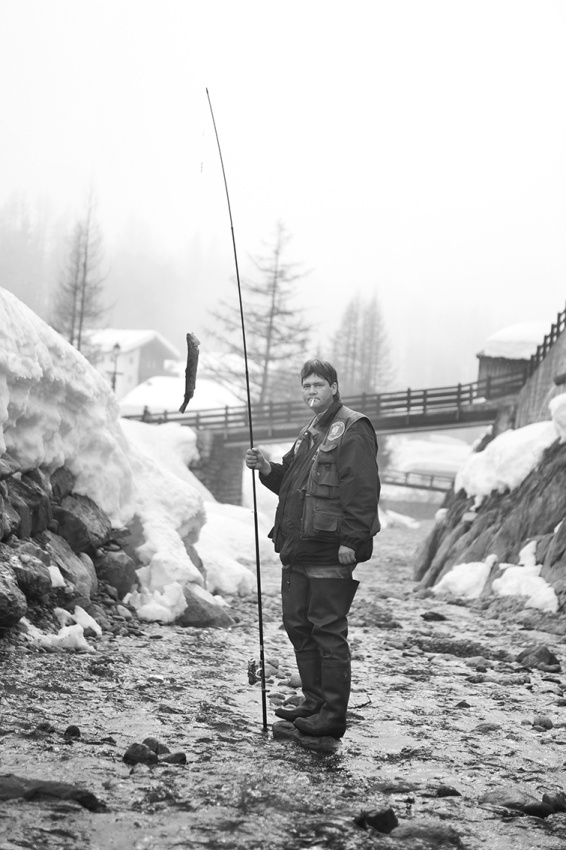 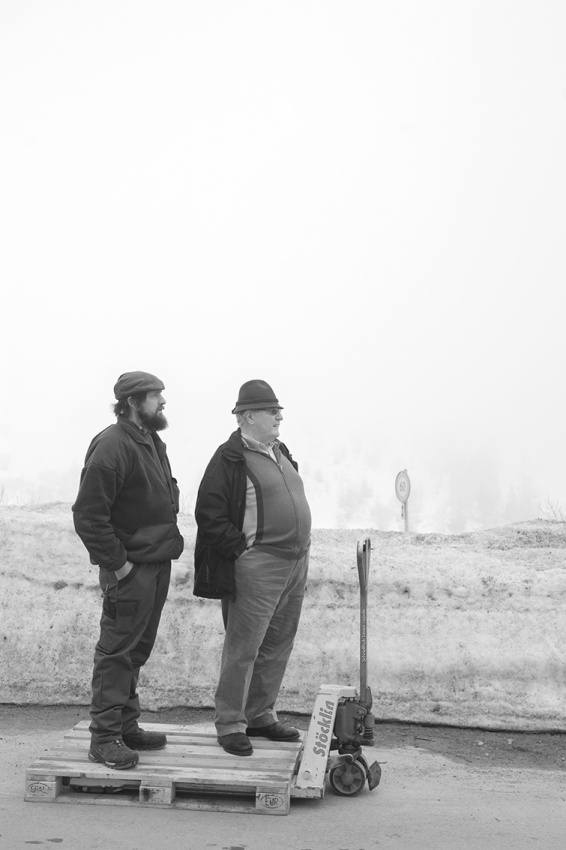 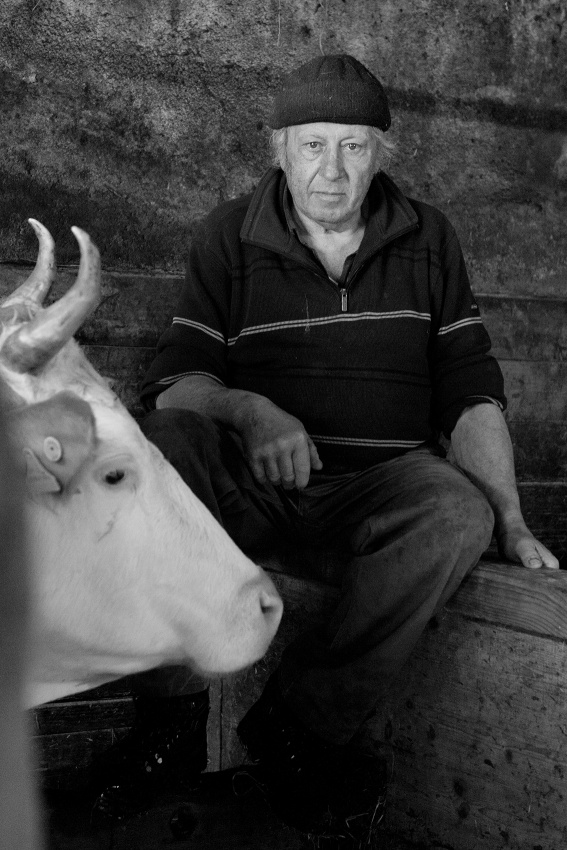 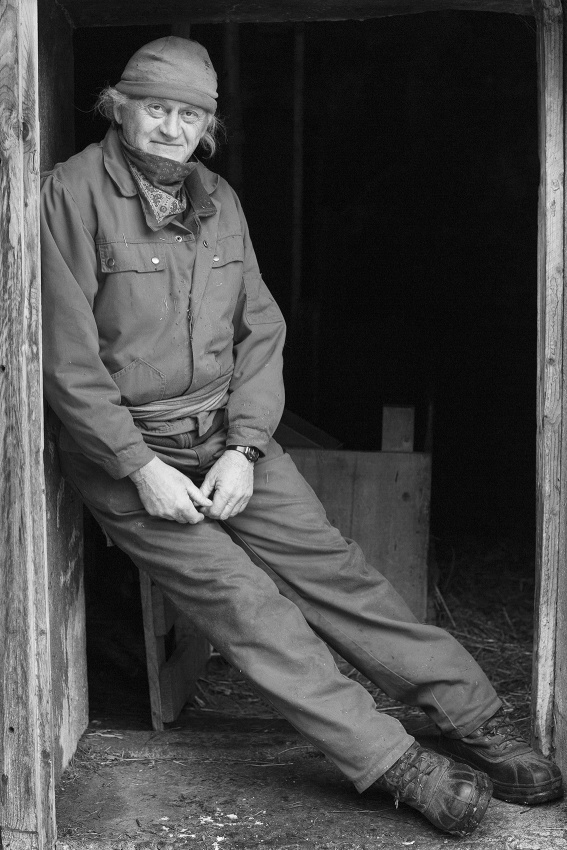 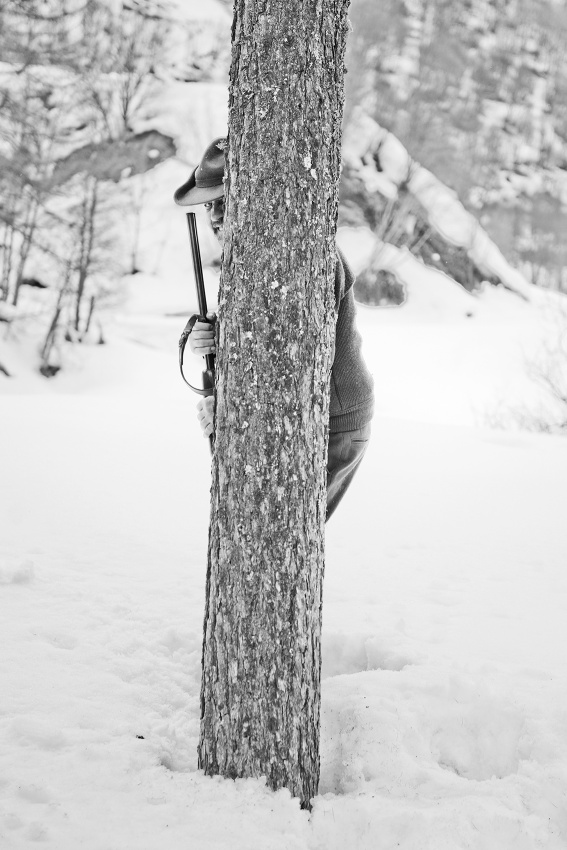 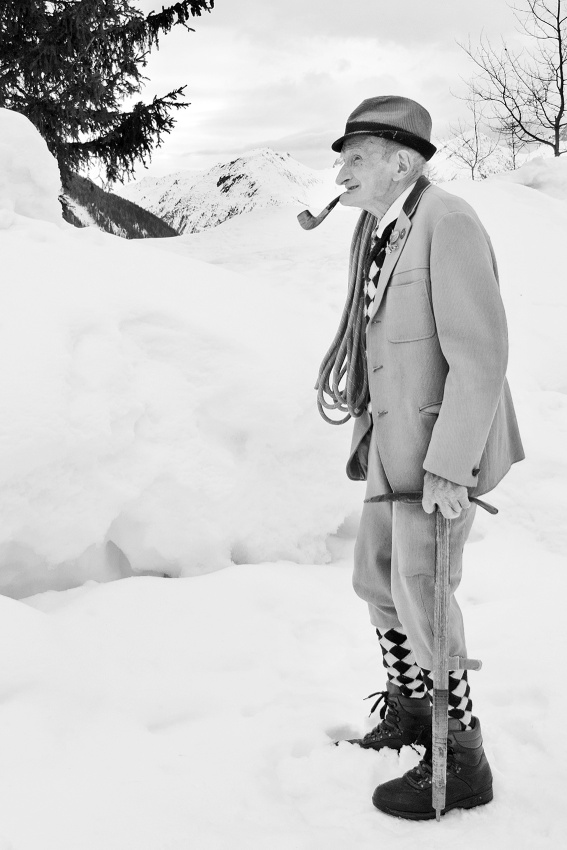 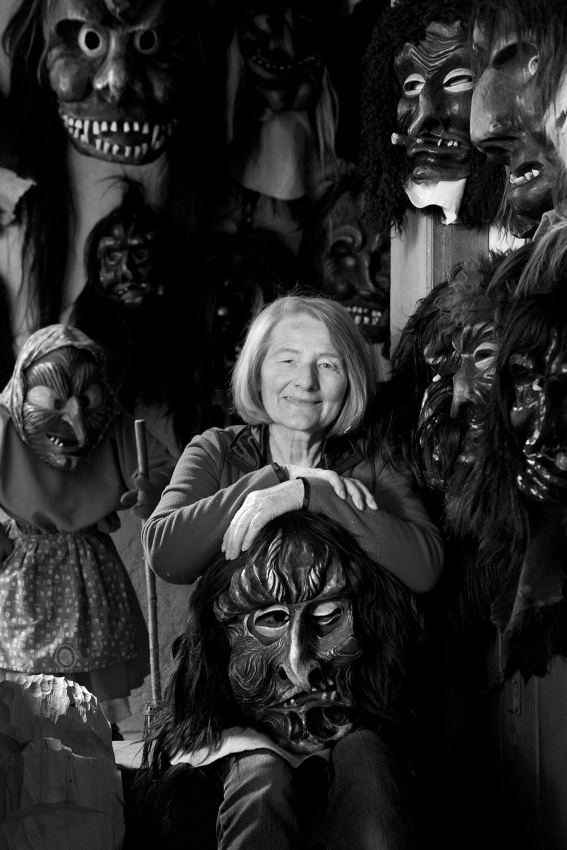 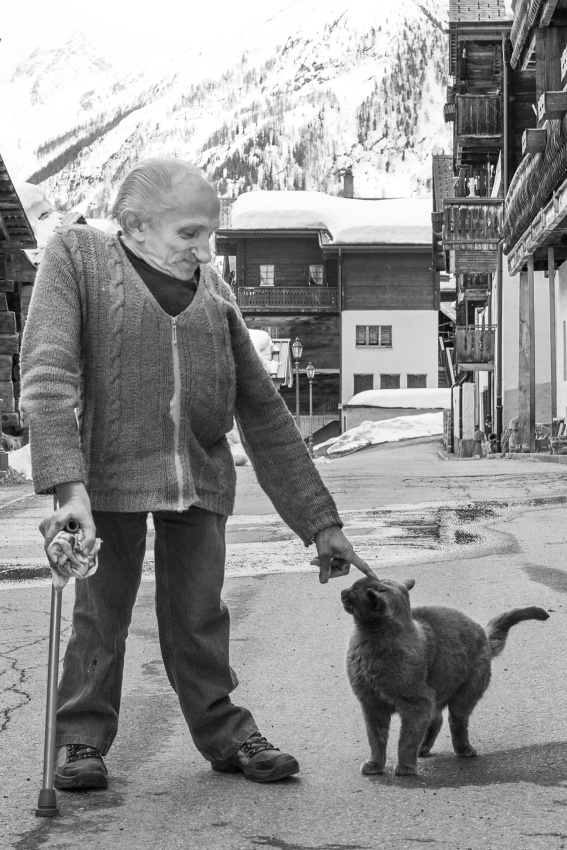 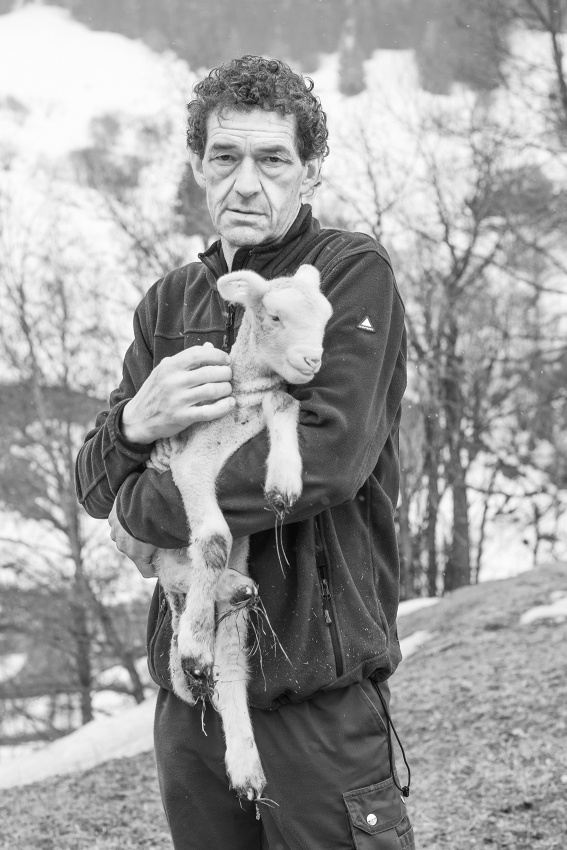 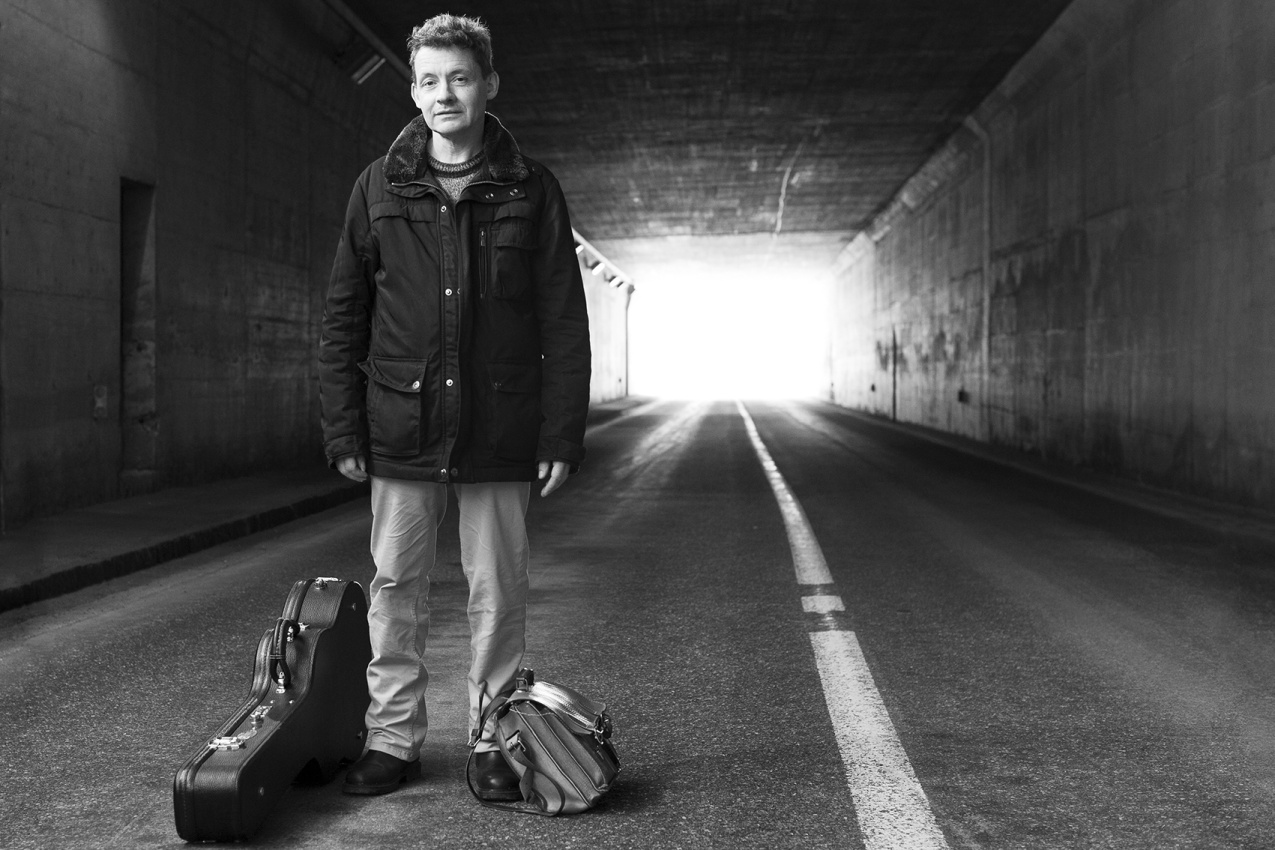 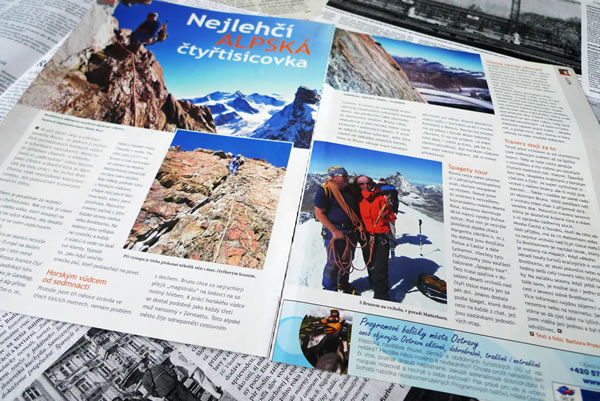 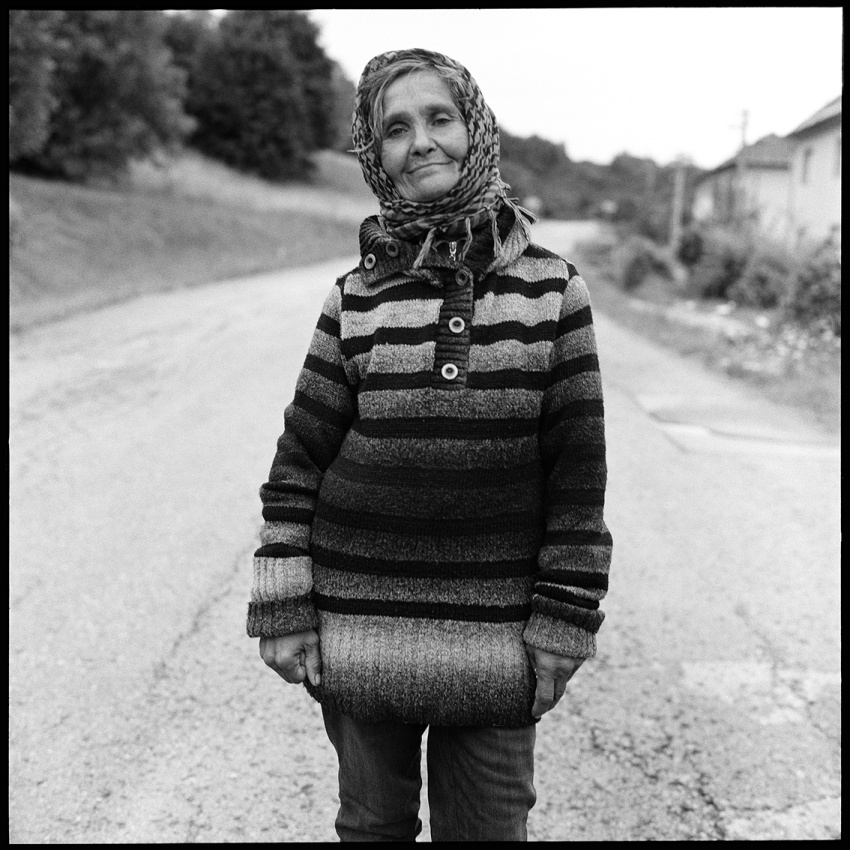 People I have met

People I have met

“People I´ve met“ is a photo project about Slovakia. Rather then objective reflection of the country, it is a subjective documentary. It is a journey through a small country in the heart of Europe in the first decade of 21st century. Back to my roots.

I´ve pictured the people in their natural surrounding, far from the restored tourist districts. All photos are in black-and-white using natural light, all creating unique appeal. The project – still in progress – is photographed with a Rolleiflex camera and the films are developed by myself. 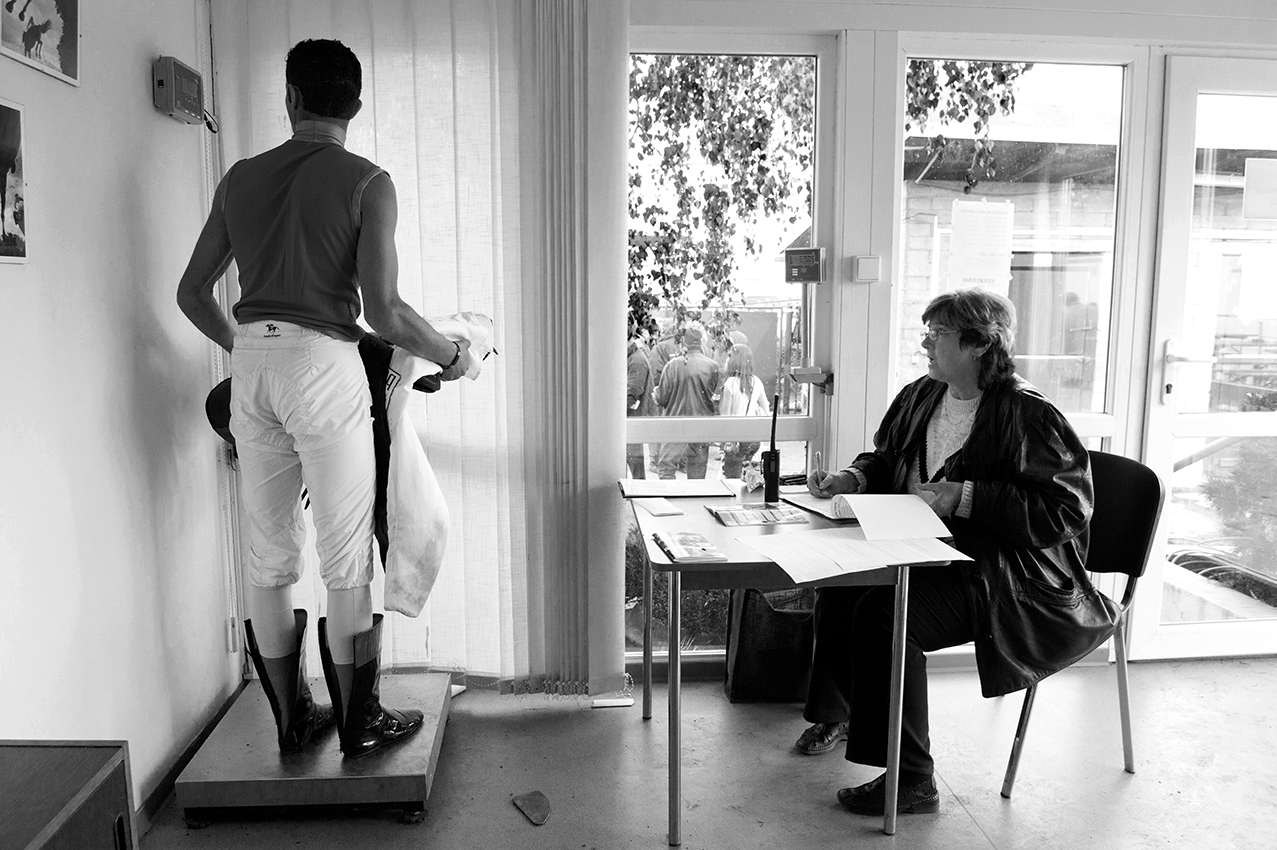 This story from 2012 is talking about the world´s oldest jump jockey, Josef Váňa, winner of the Steeplechase “Veľká Pardubická“ – eight times as a jockey and couple of times as a trainer. One year after this race Váňa announced the end of his professional career. He is considered one of the greatest personalities of the Czech horse racing sport.

This portrait series was taken in the rural part of Switzerland – in Lötschental Valley. People and local character have been shaped by the superb natural surroundings and the history which was influenced primarily by the valley’s former isolation. Lötschental is widely known as a place with living traditions and rich cultural background. It seems, that this valley has a huge reservoir of the true originals, many of them rough and headstrong types. 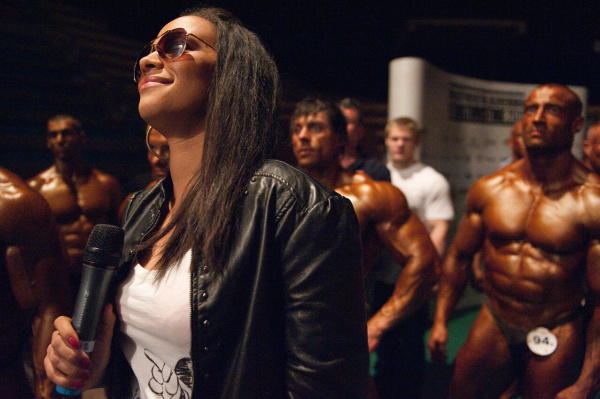 Bodybuilding is the one sport that never made it into mainstream media and probably never will. Simply put, bodybuilding is a sub-culture. That alone makes being a bodybuilder all that much harder. Being a bodybuilder isn’t good enough. You have to be the best, the biggest and the most dedicated. You have to be perfect in every way or you will never amount any level of success.

What is our own obsession with ourselves actually about? Why do we want to be perfect?  This story raises these questions and more. 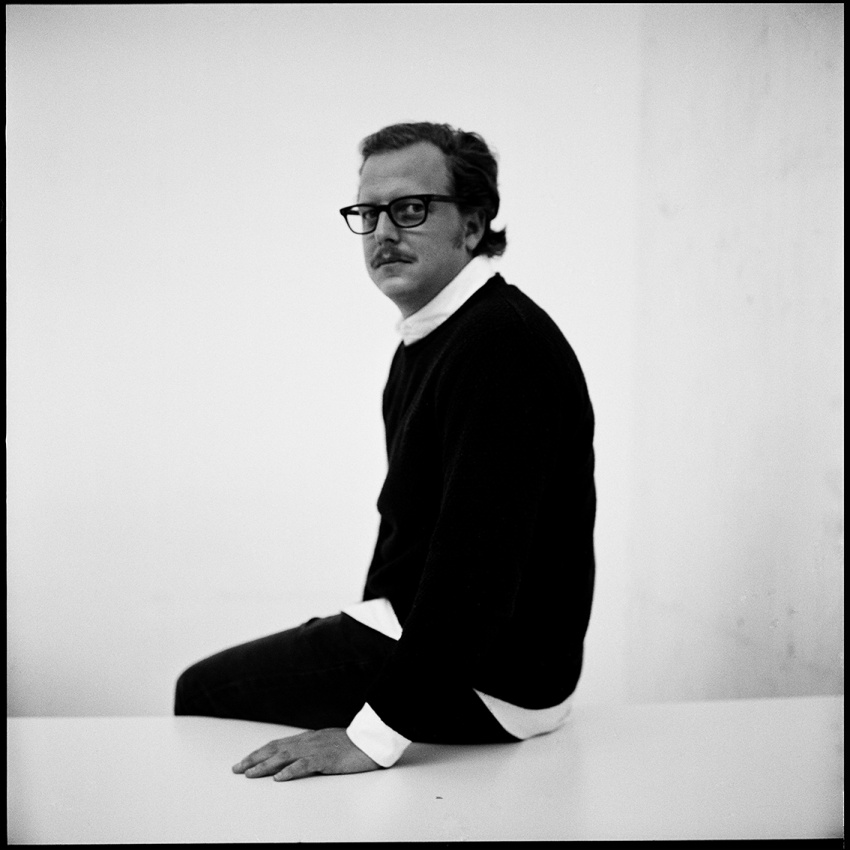 The Swiss art school HKB Bern became my studio. I invite students, teachers or people working at school to take portraits of them. I use the architecture of the school as my backdrop. In this work, I am trying to figure out something about people I´ve meet at the art school. Usually, people have large expectations from the photographer. I am trying to approach each photo shooting with a sense of humor. People immediately assume that I am not to be taken seriously. 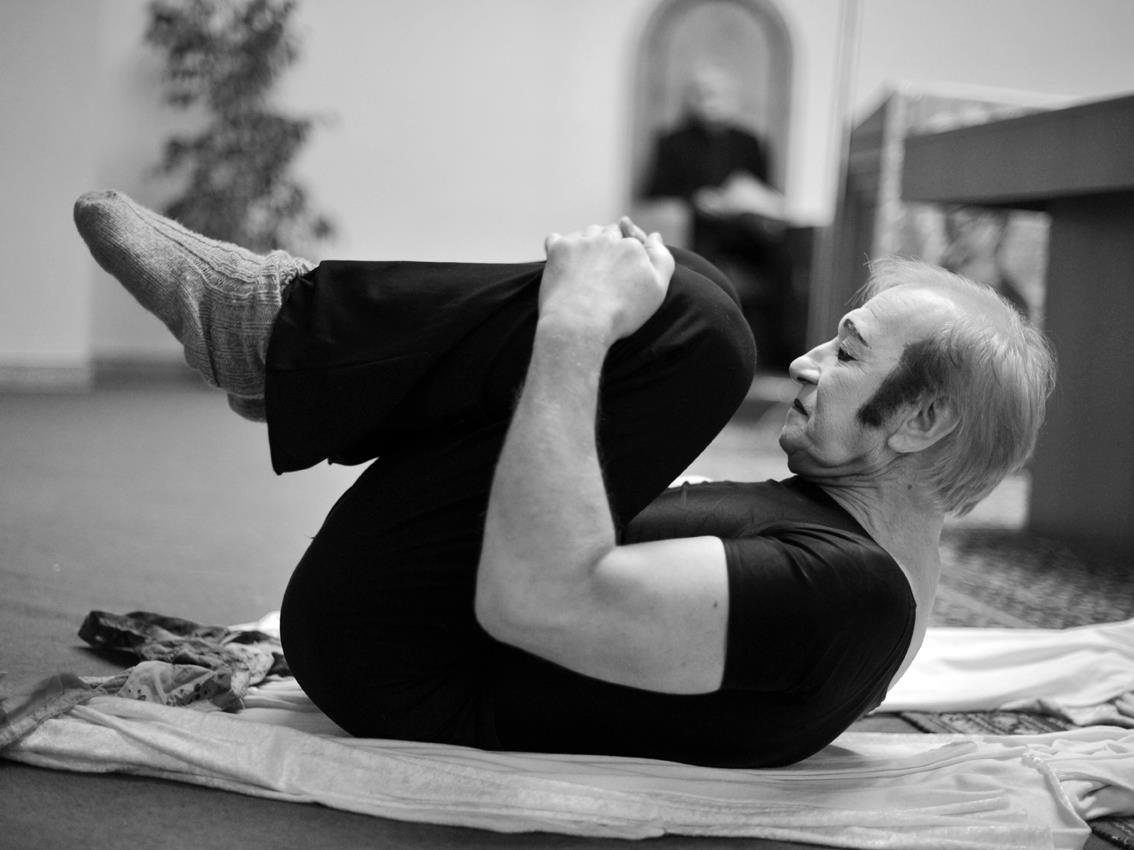 Anyone, who saw one of the world´s famous mime Milan Sládek perform, is unlikely ever to forget his impressive live act. Standing ovations accompanied Milan Sládek from the stage by most of his performances. Even though, he is one of Slovakia´s foremost artists and one of the world´s greatest mimes, he had to leave his homeland twice.

After his first emigration from Czechoslovakia in 1970 following the Soviet occupation, Sládek was forbidden to return. In 1970 he traveled via Bulgaria and Sweden to Cologne, where his theatre „Kefka“ became a magnet for mime artists from around the world. Milan Sládek thereby made Cologne a Mecca for this form of art.

But the arrival of democracy in 1989 was enough to lure Sládek back to his homeland. The reason was not only to show that he cares for the country he comes from, but also he hoped that he could continue doing the art at home that he had developed abroad. After seeing that he wouldn´t get adequate (state financial) support there, he decided in 2002 to leave former Czechoslovakia again.

I had the possibility to accompany this artist for couple of times during his performances and behind the scenes in Köln (Germany) and in Bratislava (Slovakia). 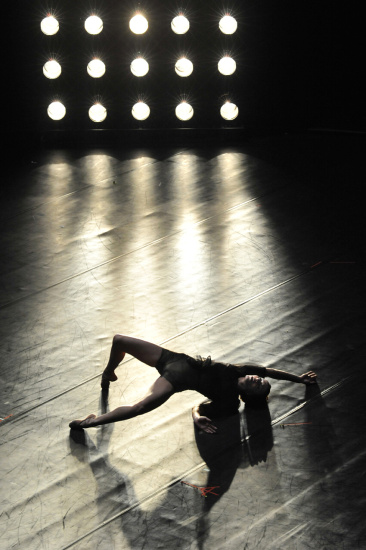 By nature, dance is the most physical and thus the most direct and perhaps most intimate of all art forms. This series is a collection of stage and behind-the-scenes photography that illustrates the dedication, professionalism and endeavor of the world of modern ballet. Pictures were shot between 2011 and 2013 in Staatsoper Hannover and Slovenské národné divadlo in Bratislava. 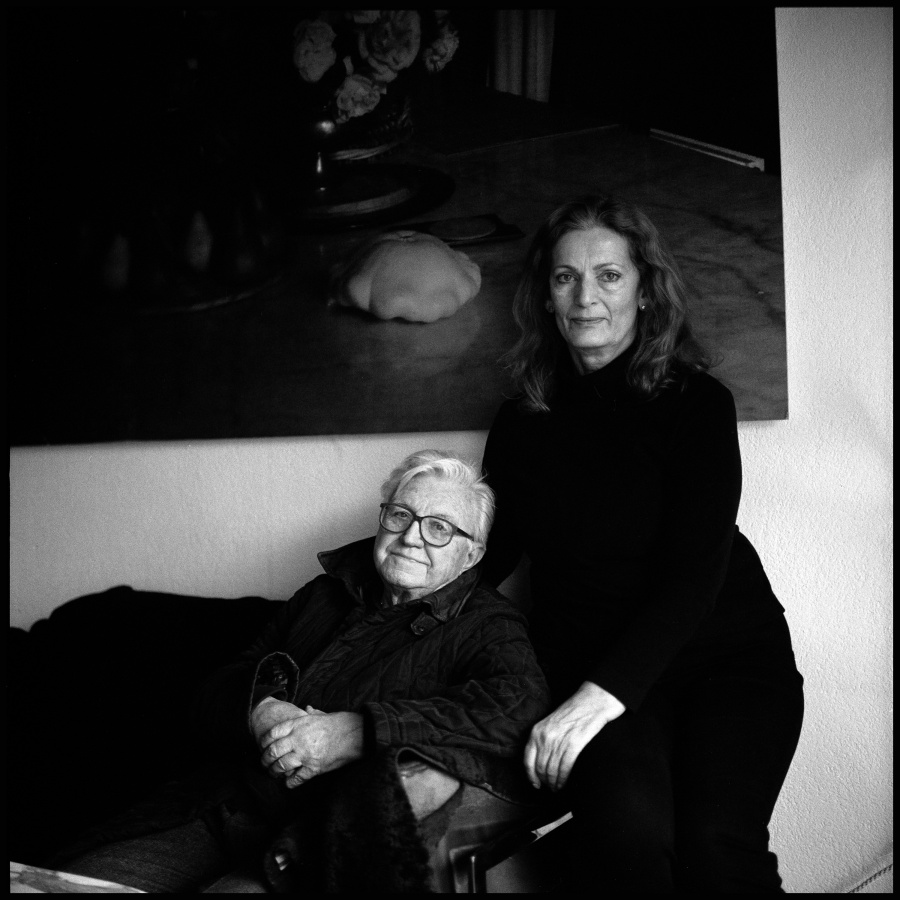 Various jobs and personal projects habe given me the opportunity to meet and photograph well-known personalities over the years. Artists, actors, musicians, athletes, writers…